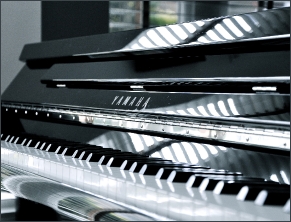 A very experienced and accomplished composer and performer, Mark's journey into music began at an early age with him learning piano, organ, clarinet, saxophone and choral singing. He went on to graduate with an honours degree in Music from Exeter University.

Mark's career in music began at the Northcott Theatre in Exeter where he composed the music for Declan Donellan’s acclaimed production of Martin Sherman’s BENT and played keyboards for the world premiere of TUTANKHAMUN, the first musical written by George Stiles and Anthony Drewe. Other theatre work included the role of actor/pianist for Keith Strachan's poignant production of TONIGHT: LOLA BLAU followed by on-stage pianist for the critically acclaimed production of THE LADY OR THE TIGER at Richmond's Orange Tree Theatre and then assistant musical director and keyboard player for MOLL FLANDERS at The Watermill Theatre in Newbury.

As a performer on piano and keyboards, Mark has appeared nationally and internationally with many different singers and instrumentalists (jazz, rock and pop) including his own bands, most notably THIS SIDE UP with Luiz de Almeida on guitar and Dylan Howe on drums, and Brazilian band AUWÊ. As well as playing numerous times at the Jazz Café in London (including performing as the band for Clara Moreno - daughter of famous Brazilian singer Joyce), AUWÊ also opened shows for Caetano Veloso at the Barbican, London and for Marisa Monte at the Royal Festival Hall in London's Southbank Centre, and were invited to Brazil to play in Rio de Janeiro at the Humaitá Pra Peixe festival, Rio's foremost festival for new music and new bands. Mark currently plays piano alongside guitarist Mo Nazam for the group THE BERAKAH PLAYERS, part of the charity BERAKAH ARTS, an innovative organisation dedicated to crossing boundaries of race, religion and culture through the arts.

As a session player, Mark has played on many film and television drama soundtracks, and has appeared on various live television shows with such stars as Bette Midler, Barry Manilow and Placido Domingo. His studio work has included keyboards for Kirsty MacColl on her album TROPICAL BRAINSTORM, and piano and keyboards for French singer Arielle’s album IMBECILE HEUREUSE produced by David Corcos and mixed by Mario Caldatto jr. Mark was also orchestral arranger and conductor for Arielle’s album (recorded at Smecky Studio, Prague), as well as string arranger and conductor for Jools Holland’s album SUNSET OVER LONDON and choir arranger and conductor for Adam F’s album KAOS: THE ANTI-ACOUSTIC WARFARE.

As a composer and arranger of choral music, Mark's current role as Director of Music at All Saints' Church, Old Isleworth in West London allows him to indulge his passion for choral music by composing and arranging for the choir. Further details of this can be found on the COMPOSITIONS page. 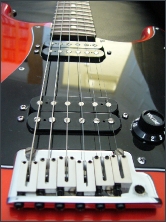